Happy Birthday Hritik Roshan. Here are 4 interesting facts about him

Happy Birthday Hritik Roshan. Here are 4 interesting facts about him

Hrithik Roshan was born on 10 January 1974. Today he is celebrating his 46th birthday. Although Hrithik had made an acting career at a very young age, but his first film as a lead actor was Kaho Naa Pyaar Hai.

Hrithik Roshan married his first love Suzanne in 2000 only after his first film Kaho Naa Pyaar Hai, but after mutual differences the two ended their 14-year long marriage and both got divorced in 2014. They both have two sons. The elder son’s name is Rehan, whose age is 13 years and the younger son’s name is Ridan, who is about 11 years old. Although both of them have ended their relationship after divorce in 2014, but both of them always make time for their children and are seen spending time together. Recently, he went for a holiday with his family and ex-wife Suzanne, whose pictures he shared on social media.

30 thousand proposals were received for marriage

According to the report of Mumbai Mirror, Hrithik Roshan disclosed that after the release of the film, he received more than 30 thousand wedding proposals. However, Hrithik married Suzanne Khan the same year.

Hrithik Roshan’s first film as a lead actor was Kaho Naa Pyar. This film was liked by the audience. After which he gave many hits in his career. Last year was very good for Hrithik. While he received the award for Asia’s Most Handsome Man, his two films “War” and “Super 30” were super hit.

At one stage, Hrithik Roshan was smoker, but he read a book called “Easy Way to Stop Smoking.” After reading this book, Hrithik said goodbye to cigarette addiction. 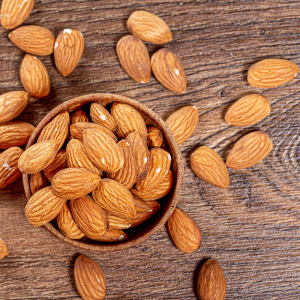 The author of this news site is Lokesh Agarwal. He has a great experience on writing a news article. As he has been working on writing a news article for more then 3 years. He loves to write article everyday and he believes in delivering a fresh news content on google. Contact Email - bollywoodentertainment121@gmail.com. Located in - India. Contact Number- 8101958935.